Defense mechanisms are unconscious psychological responses that protect people from feelings of anxiety, threats to self-esteem, and things that they don’t want to think about or deal with. First described by Sigmund Freud in his psychoanalytic theory, defense mechanisms function to protect against anxiety.

Have you ever had a really bad day at work and then gone home and taken out your frustration with family and friends? Then you have experienced the ego defense mechanism of displacement.

Displacement involves taking out our frustrations, feelings, and impulses on people or objects that are less threatening.

Displaced aggression is a common example of this defense mechanism. Rather than express your anger in ways that could lead to negative consequences (like arguing with your boss), you instead express your anger towards a person or object that poses no threat (such as your spouse, children, or pets).3

Denial is probably one of the best-known defense mechanisms, used often to describe situations in which people seem unable to face reality or admit an obvious truth (e.g., “He’s in denial”).

Denial is an outright refusal to admit or recognize that something has occurred or is currently occurring. People living with drug or alcohol addiction often deny that they have a problem, while victims of traumatic events may deny that the event ever occurred.

Denial functions to protect the ego from things with which the person cannot cope.

While it may temporarily shield you from anxiety or pain, denial also requires a substantial investment of energy. Because of this, other defenses are also used to keep these unacceptable feelings from conscious awareness.

In many cases, there might be overwhelming evidence that something is true, yet the person will continue to deny its existence or truth because it is too uncomfortable to face.

Denial can involve a flat-out rejection of the existence of a fact or reality. In other cases, it might involve admitting that something is true, but minimizing its importance. Sometimes people will accept reality and the seriousness of the fact, but they will deny their own responsibility and instead blame other people or other outside forces. 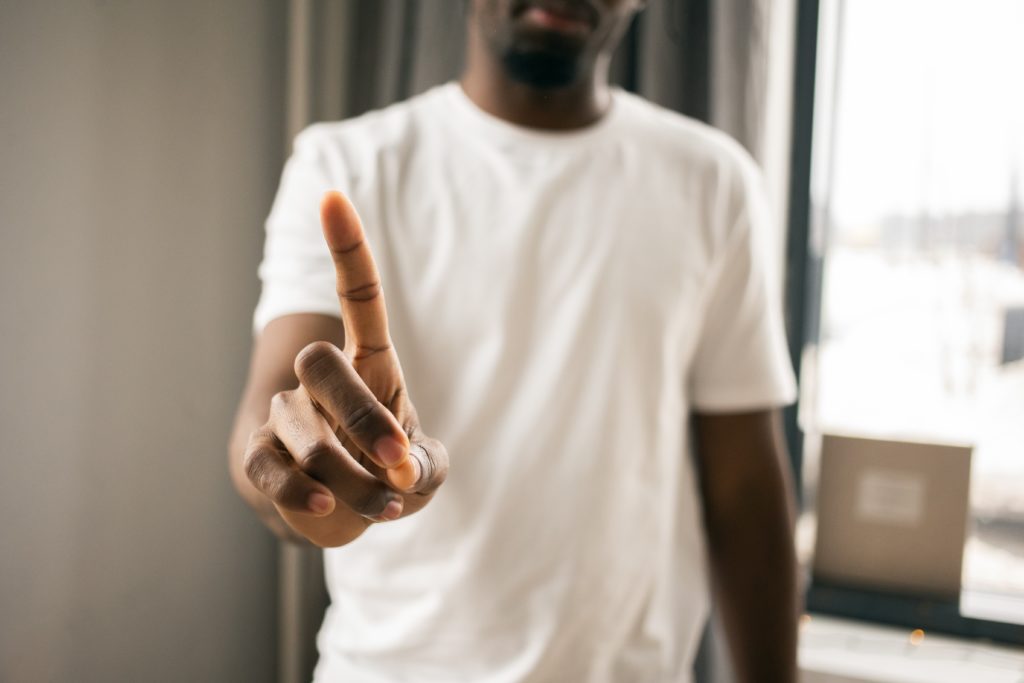 Repression acts to keep information out of conscious awareness. However, these memories don’t just disappear; they continue to influence our behavior. For example, a person who has repressed memories of abuse suffered as a child may later have difficulty forming relationships.

Sometimes you might do this consciously by forcing the unwanted information out of your awareness, which is known as suppression. In most cases, however, this removal of anxiety-provoking memories from awareness is believed to occur unconsciously.

Sublimation is a defense mechanism that allows us to act out unacceptable impulses by converting these behaviors into a more acceptable form. For example, a person experiencing extreme anger might take up kick-boxing as a means of venting frustration.

Freud believed that sublimation was a sign of maturity that allows people to function normally in socially acceptable ways.

Projection is a defense mechanism that involves taking your own unacceptable qualities or feelings and ascribing them to other people. For example, if you have a strong dislike for someone, you might instead believe that they do not like you.

Projection works by allowing the expression of the desire or impulse, but in a way that the ego cannot recognize, therefore reducing anxiety.

Intellectualization works to reduce anxiety by thinking about events in a cold, clinical way.

This defense mechanism allows us to avoid thinking about the stressful, emotional aspect of the situation and instead focus only on the intellectual component.

For example, a person who has just been diagnosed with a terminal illness might focus on learning everything about the disease in order to avoid distress and remain distant from the reality of the situation and their feelings about it.

Rationalization is a defense mechanism that involves explaining an unacceptable behavior or feeling in a rational or logical manner, avoiding the true reasons for the behavior.

For example, a person who is turned down for a date might rationalize the situation by saying they were not attracted to the other person anyway. A student might blame a poor exam score on the instructor rather than their own lack of preparation.

Rationalization not only prevents anxiety, but it may also protect self-esteem and self-concept.

When trying to explain success or failure, people tend to attribute achievement to their own qualities and skills while failures are blamed on other people or outside forces.

When confronted by stressful events, people sometimes abandon coping strategies and revert to patterns of behavior used earlier in development.

Anna Freud called this defense mechanism regression, suggesting that people act out behaviors from the stage of psychosexual development in which they are fixated. For example, an individual fixated at an earlier developmental stage might cry or sulk upon hearing unpleasant news.

According to Freud, behaviors associated with regression can vary greatly depending upon which stage at which the person is fixated.

Reaction formation reduces anxiety by taking up the opposite feeling, impulse, or behavior. An example of reaction formation would be treating someone you strongly dislike in an excessively friendly manner in order to hide your true feelings.

Why do people behave this way? According to Freud, they are using reaction formation as a defense mechanism to hide their true feelings by behaving in the exact opposite manner.

While defense mechanisms are often thought of as negative reactions, we all need them to temporarily ease stress and protect self-esteem during critical times, allowing us to focus on what is necessary at the moment.

Some of these defenses can be more helpful than others. For example, utilizing humor to overcome a stressful, anxiety-provoking situation can actually be an adaptive defense mechanism. 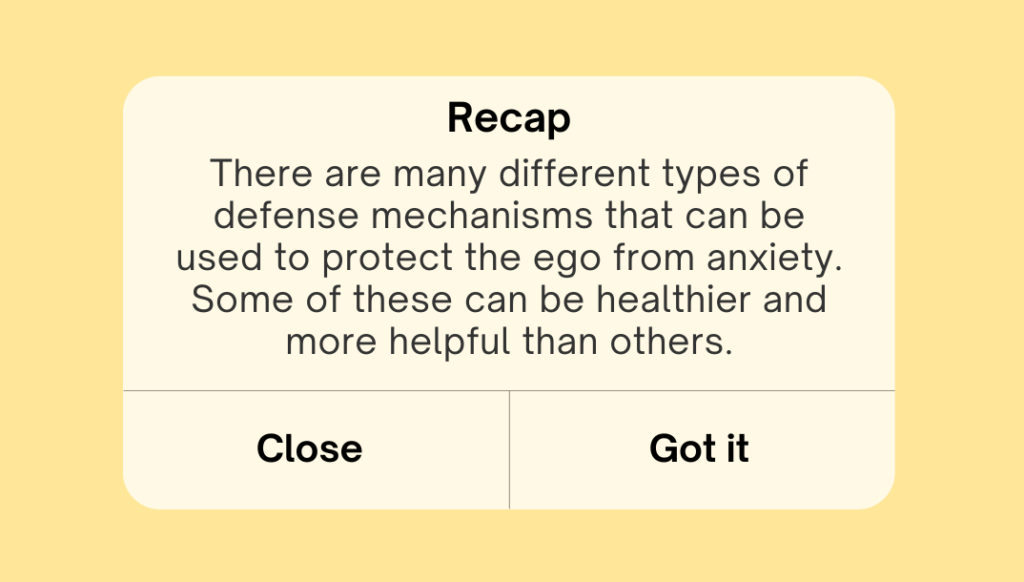 How Do Defense Mechanisms Work?

In Sigmund Freud’s model of personality, the ego is the aspect of personality that deals with reality. While doing this, the ego also has to cope with the conflicting demands of the id and the superego.

In order to deal with anxiety, Freud believed that defense mechanisms helped shield the ego from the conflicts created by the id, superego, and reality. So what happens when the ego cannot deal with the demands of our desires, the constraints of reality, and our own moral standards?

According to Freud, anxiety is an unpleasant inner state that people seek to avoid. Anxiety acts as a signal to the ego that things are not going the way they should. As a result, the ego then employs some sort of defense mechanism to help reduce these feelings of anxiety. 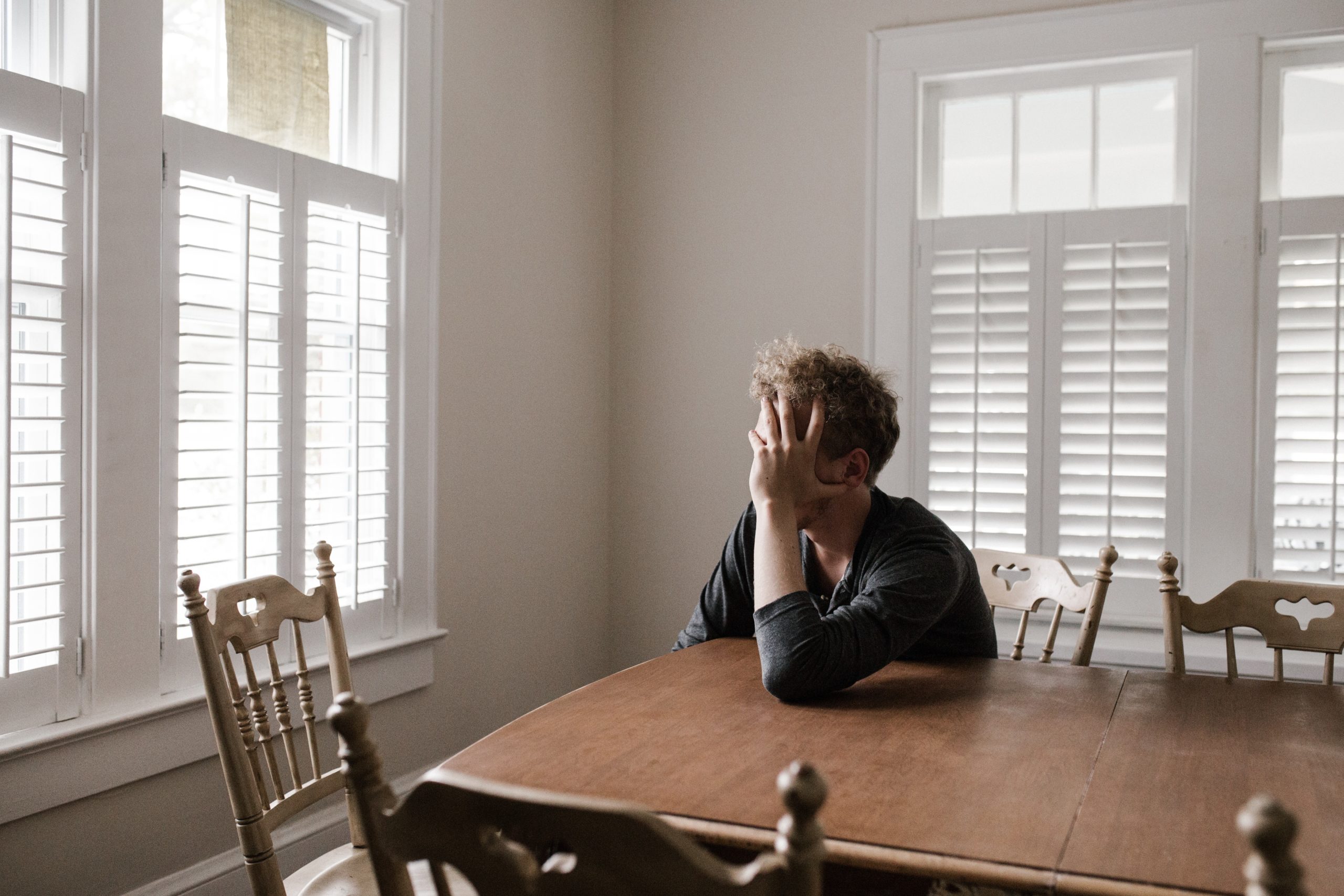 Although we may knowingly use coping mechanisms to manage anxiety, in many cases, these defenses work unconsciously to distort reality.

While all defense mechanisms can be unhealthy, they can also be adaptive and allow us to function normally.

The greatest problems arise when defense mechanisms are overused in order to avoid dealing with problems. In psychoanalytic therapy, the goal may be to help the client uncover these unconscious defense mechanisms and find better, healthier ways of coping with anxiety and distress.

A Word From Verywell

Some of the best-known defense mechanisms have become a common part of everyday language. For example, you might describe someone as being “in denial” of a problem they face. When someone falls back into old ways of doing things, you might term them as “regressing” into an earlier point of development.

Remember, defense mechanisms can be both good and bad.

They can serve a helpful role by protecting your ego from stress and providing a healthy outlet. In other instances, these defense mechanisms might hold you back from facing reality and can act as a form of self-deception.