Beliefs That Paralyze Us

What Exactly Are Beliefs?

According to Rokeach (1960), “a system of beliefs represents a set of expectations, hypothesis, or beliefs, conscious or subconscious, that an individual accepts as the true explanation of the world it lives in”.

Beliefs help us by explaining part of the reality we perceive. In many cases, they drag us into contradictory situations but, upon being so deeply rooted into our mental map, it is difficult to make us doubt them. 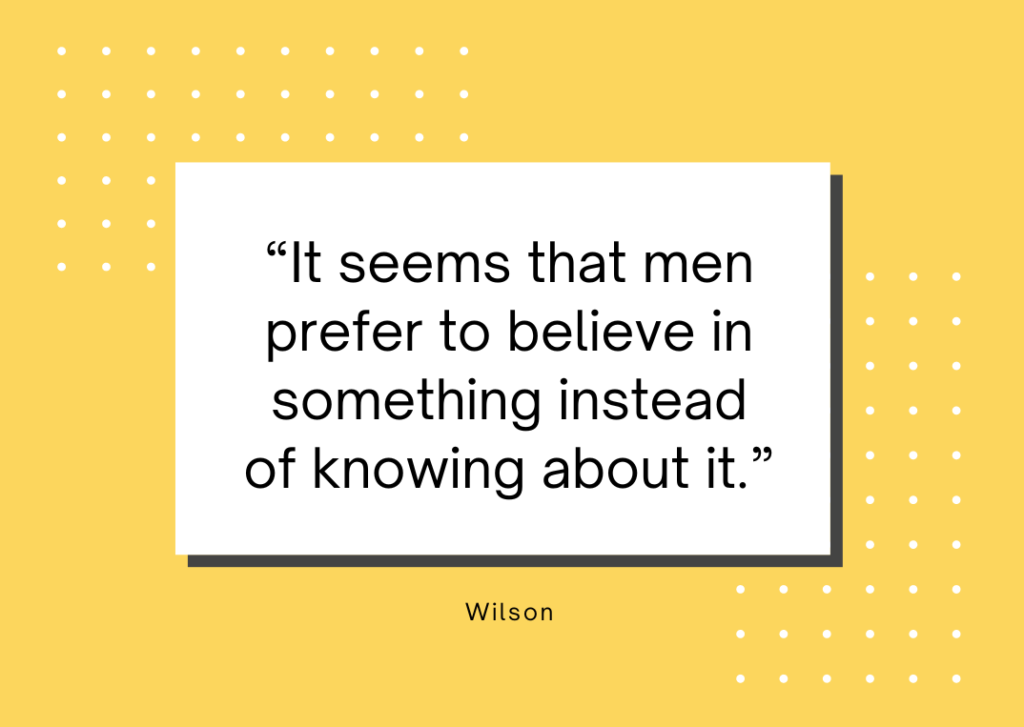 How Are Beliefs Created?

There are various paths that lead to the formation of these little guidelines of thought. They begin with a childhood experience, directly or indirectly. On one hand, we have the associations we develop and simply accept as valid. On the other hand, we have “informational beliefs”.

These are the beliefs that a group of people transmit to us, be it cultural, political, religious, or social. These beliefs are generally stubborn, but allied. They help us move through the world and interact with others. These beliefs tend to protect us during moments of uncertainty, guiding and contributing a stability and internal coherence.

However, there is a risk that the beliefs we have inherited may not play in our favor. It’s just as well as the ones we have created based on a specific element (love, justice, responsibility, society). Here lies the importance of knowing its influence, establishing limits for it or eliminating it in case we think it will constitute a negative influence.

Is There Such a Thing As an Enemy Belief?

Years of investigation led by psychologists dedicated to the theories of thought have put a series of irrational ideas and counterproductive beliefs on the table, which are common to our species. These appear in a repetitive manner in different people and cultures (mostly Western cultures). In this case, we will leave aside “irrational ideas” in order to focus on what’s known as common counterproductive beliefs.

There are enemy beliefs which can paralyze us. Concretely, they are called “Common Counterproductive Beliefs”. We shouldn’t feel guilt for having them and living under their mandates. The word common tells us that this way of thinking is repeated among many different people. People in our culture as well as others. The important thing is to detect these beliefs which are reflected upon our behavior. Also, to work towards transforming them into others that can actually aid us.

It’s important to remember that these “instructions” are difficult to change given that they are integrated into our customs. Also, they may be the foundation of other beliefs. Thus, questioning one could imply the questioning of many others which were justified based on the first. When an idea is part of the foundation of our system of beliefs, it will be a very difficult task to remove it.

Detecting Beliefs Which Paralyze Us

Let’s stop and take a detailed look at 3 of these beliefs:

I should never feel sad, anguished, inappropriate, envious or vulnerable. I must hide my feelings beneath the rug and not bother anyone.

Currently, many messages are directed towards always keeping the good side of a certain situation. In many cases, extracting a lesson from a negative situation is confused with not allowing ourselves to feel or process the bad. Fleeing from one’s negative emotions is not a beneficial action. The body and mind need to balance each other out and allow each other to feel “bad” emotions. This is important for the equilibrium of thought and in order to give negative events and experiences meaning.

The Fear of Rejection

If you reject me, that means that there’s something wrong in me. If I’m alone, I tend to feel miserable and worthless. 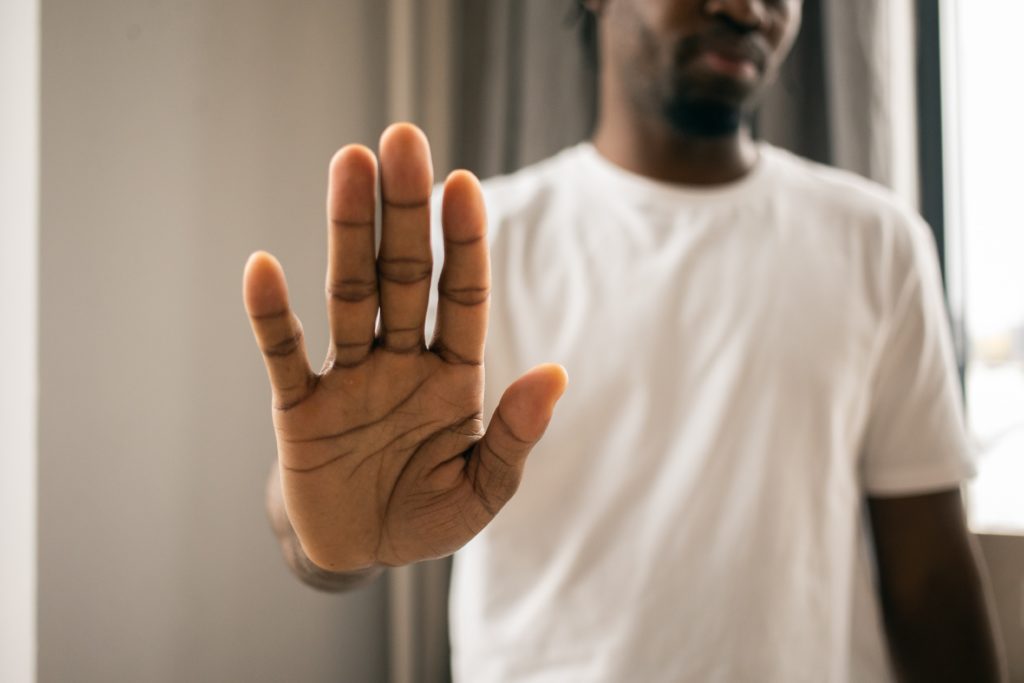 Surely we have all felt the cold stab of rejection at some point. The question we immediately ask ourselves is “why?” The answer we conclude is a dangerous one if it comes from the wrong belief. It is something that becomes painful when we disfigure the explanations given and immediately accept the guilt associated with our personal worth. In fact, oftentimes the honest arguments or beliefs of others are meaningless to us. We focus on directly shooting ourselves in the nucleus of our emotional target.

An Addiction to Love

I cannot feel happy and fulfilled without being loved. If I’m not loved, life is not worth living.

This belief is important due to the strength it carries and how crushing it can be. Associating one’s worth as a human being to the dependence of other people equates to leaving our most prized possession in the hands of others. Feeling fulfilled based on how many “I love you’s” received leads to many risks and mental trickery. When we function by seeking love feverishly, instead of falling in love with the person in front of us, we walk towards the edge of a chasm where it is difficult to distinguish self-worth, which is situated at the bottom of this plunging cliff. 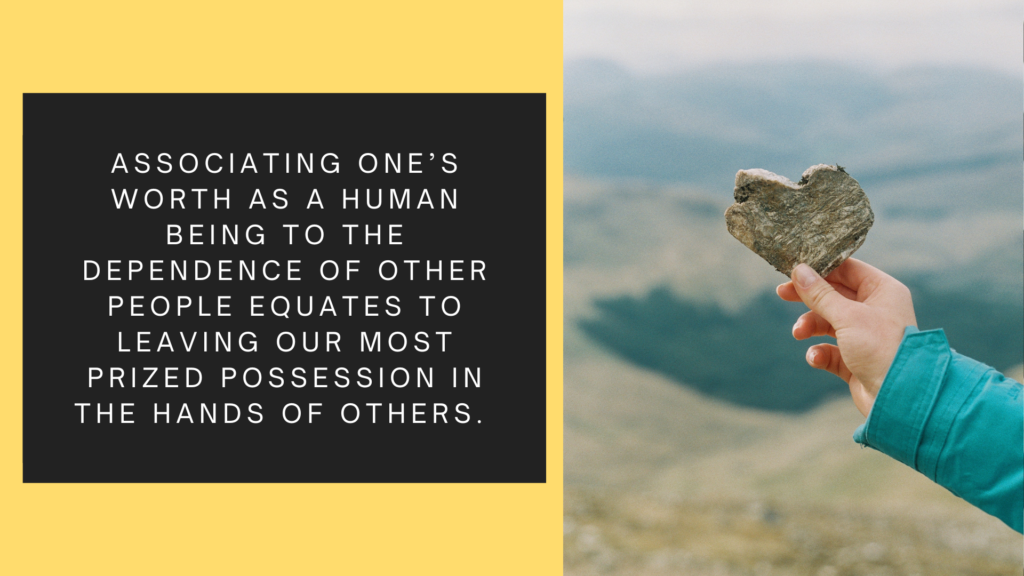 These 3 beliefs are only an example of how our mental context can influence our behaviors. Behaviors which, at the same time, through the mechanism of a self-fulfilling prophecy, will reinforce these beliefs, managing to let them settle in and make it even harder when we end up questioning them.